The Limits to International Cooperation 2022.02.24

On 20th February 2022 the Closing Ceremony brought to an end the 2022 Winter Olympics held in Beijing. Over the preceding two weeks, almost three thousand athletes from nearly one hundred countries had competed in 15 disciplines in seven sports. In terms of events, it was the largest Winter Olympics ever, with a total of 109 events. Norway finished top of the medal table with a total of 37, and 16 gold metals.

The Olympics can be used as a good example of the liberalist approach to international relations. There is an international institution, the International Olympics Committee (IOC) which encourages and facilitates international cooperation in the field of sports. The IOC was one of the first international institutions, established in 1894, for the purpose of organizing the summer and winter Olympics. The IOC is the governing body of the National Olympic Committees (NOCs), that are responsible for organizing their nation’s participation in the Olympics. The NOCs, for example, selects the athletes to participate in the Olympics, and promote the development of Olympic sports.

Certainly, people around the world enjoy watching the Olympics. Having said that, both the BBC and NBC had record low viewership for the 2022 Beijing Winter Olympics. However, Tokyo 2020 viewership numbers were also low, and this is probably caused by the different way that consumers use media (many people watch their favorite athletes on YouTube). This does create a kind-of international society, but how much practical meaning does that have? Is it possible that this kind of thing reduces the chance of conflict? Well, it’s not impossible, but it seems unlikely.

We could ask another question related to the expected ‘spill-over effect’. Does cooperation for the Olympics increase cooperation in other issue areas? To answer this question, let’s ignore ‘High Politics’ and let’s look at ‘Low Politics’. Realists traditionally focus on the high politics of national security and state survival. Realist often ignore low politics. in contrast to this, liberalists argue that low politics are sometimes just as important. Low politics issues are usually welfare issues. So, let’s look at perhaps the most important current issue in low politics around the world: COVID-19. There has been considerable international cooperation in dealing with COVID-19. One example of this is the development and distribution of the vaccines. However, as is always the case, the distribution is very uneven. As of February 2022, just over 60% of the world population has received at least one dose of a vaccine. In New Zealand, South Korea and Spain, nearly 90% of the populations have had at least one dose of a vaccine. At the same time, there are dozens of countries, especially in sub-Saharan Africa, where less than 20% of the population has had a vaccine.

More importantly perhaps, to increase the effectiveness of vaccines, it is necessary to understand where COVID-19 actually came from. In this issue area, international cooperation has been much less effective. Two months after the 2003 outbreak of SARS, we knew that is came from markets. Two years later, we still do not know the origin of COVID-19, and this despite a WHO investigation in early 2021 in Wuhan, China. Despite complaints about a lack of access to important data, the WHO concluded that it was “extremely unlikely” that COVID-19 was made in a laboratory. In contrast to this, in December 2021, two scientists told a UK Parliamentary Committee, that it was “more likely” that COVID-19 came from the Wuhan Institute of Virology than from natural origins. So, more than two years after the outbreak, we still don’t know for sure. Clearly, there is a limit to international cooperation. 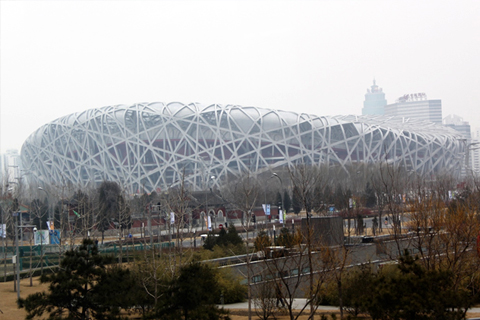